Exploring the volcano route of Nicaragua 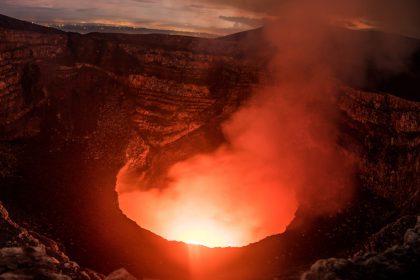 With 19 volcanoes along the west coast, Nicaragua is the best places to explore these giants. I visited Mombacho, Cerro Negro and Masaya and this is what I found

Hiking up a volcano is something I had in my bucket list for a while. Well, in Nicaragua I was able to summit two or three of these giants every day. Not only that, Nicaragua has a volcano for everyone: From the active crater (Masaya), in which you don´t have to hike at all to the one you have to sandboard your way down (Cerro Negro) – No wonder why Nicaragua is known as the “land of lakes and volcanoes”.

My journey started at the heart of this volcanic paradise, Nicaragua´s capital: Managua. This is the gateway for most visitors in the country and an excellent place to start an adventure. From here, I was able to either drive north to the volcanic complex close to the colonial city of Leon, as well to the south and explore the large number of active volcanoes surrounding Lake Nicaragua.

Nicaragua has 19 active volcanoes and with some of them being very accessible to visitors, seeing at least one of these natural wonders is simply part of a visit.

Volcanoes belong as well to Nicaraguan culture. Natives believed centuries ago that these giants were gods and gateways to the underworld – today they are Nicaragua´s biggest tourist magnet and beauties that inspire thrill. No wonder why; there is a perception of adventure and excitement when we spot fumes coming out of a peak and our hearts beat faster with the idea of getting closer to bubbling lava.

Masaya: the gateway to the center of the earth

If Jules Verne traveled to Nicaragua, he would have definitely said that the gateway to the center of the earth was located in Masaya and not Snæfellsjökull.

This active volcano complex is located only 23 kilometers from the capital and belongs to the Masaya Volcano National Park, the first, and largest national park in the country. It consists of a volcanic caldera with two volcanoes and five craters and although the Masaya volcano impresses visitors with its size and magnitude, the real attraction is the neighbor crater Santiago.

Located at an altitude of 635 meters, this active crater is fully accessible by car and probably a place that leave each and every visitor just speechless. Its lava lake is visible from the viewing platform right next to the parking spot and with continuously giant emissions of sulfur dioxide gases, crater Santiago is a highlight either by day or night.

After arriving right one hour before sunset, I was able to see the full colors of Masaya: The grey and black of the volcanic stone and sulfur gases at daylight, the pinks and purples being reflected at the smoke during sunset and a vivid red coming out of the center of the earth at night.

Mombacho: the cloud forest that grows on a crater

“It´s relatively common to see sloths during the day”, said our tour guide while wandering at the walking path of the Mombacho volcano. This stratovolcano, near the city of Granada, is not extinct and at the same time it does not apply to the common conception of an active volcano. Its last eruption was in 1570 and there are not many signs that it will have strong activity soon. Once at the crater, there is not an active caldera, lava flows or signs of volcanic debris, but a vivid and colorful cloud forest containing multiple species of flora and fauna.

Read more: Exploring the Iguacu Falls from Brazil and Argentina

Some small fumaroles and hot springs are visible from the distance but they are not a treat to the forest or the visitors coming here, Mombacho is a good example of how green and natural ecosystems can develop over volcanic areas.

Today, the path is well structured, I was able to take one of the many different treks they have and get a picturesque view to the Lake Nicaragua, which limits the base of the volcano. Visiting the active crater of Mombacho was more like a hike in the middle of a tropical forest – A tropical forest that could turn into lava from one day to another.

Cerro Negro: sliding in between igneous rock and ash

My journey in Nicaragua could not end without visiting the famous Cerro Negro (Black Hill) at the Cordillera de Maribios. This is not only the youngest volcano in Central America, but also the only volcano in the world, where visitors have the chance to take a sandboard to the summit and slide their way down.

While the west side of the cone is full of several igneous rock formations and giant boulders allowing visitors an easy path uphill, the east side of Cerro Negro is completely stone clear and fully covered with smooth ash and dark volcanic sand. This unique phenomenon made the crater of Cerro Negro accessible and simultaneously ideal for the crazy idea of sandboarding.

Note: Sandboarding tours can be book in advanced through several local companies. However, there are also many tour operators in large cities like Managua and Leon with different offers and lower prices.

This is not a dormant volcano as Mombacho, Cerro Negro is one of the most active volcanoes in Nicaragua and has erupted more than 23 times since 1850. Its powerful explosive eruptions are known for causing catastrophic damage to buildings and farmland nearby. Still, this is one of the most popular spots for hiking and I have to confess that it´s extremely thrilling to climb up an active volcano like this one and sandboard the way down.

Once at the top, the views are also incredible. I was able to get a full sight of the volcanic complex surrounding Cerro Negro, as well Cerro Negro´s active crater.

Nicaragua is probably the only place in the world, where you can visit such a diversity of volcanoes in a small amount of days. For that reason, it became my new favourite spot in Central America and I think this is a country you have to visit at least once in a lifetime. 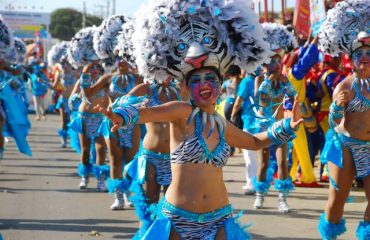 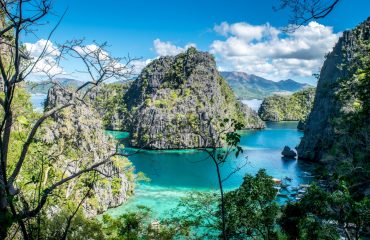 Are Batanes and Ilocos the destinations travelers in South East Asia dream about?