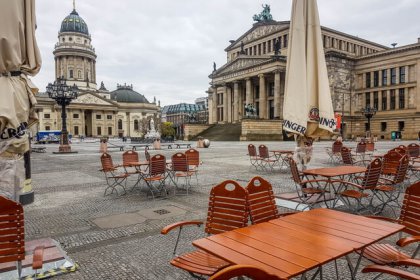 The spring is coming, but Berlin is empty. For many, this is the time of the year to take out their BBQs, invite some friends and enjoy the nice weather. However, this year is completely different. With regulations forbidding any public gathering of more than two people, nowadays Berliners just spent their time at home.  Berlin turned its famously known wild nights into evenings of Netflix in bed.

From party capital to deserted city

I live right in the heart of the city and I love it. I have been always fascinated by the buzz of a large city, walking along its crowds and simply seeing life moving around me all the time.

Berlin is also a city that makes you feel alive. Its hedonist nightlife is known for not stopping all week long and its multicultural vibe makes you want to discover more and more. It is the place to be if you don’t know what you are looking for and is a city that welcomes you no matter where you come from.

Unfortunately, everything changed. Lockdowns of over Europe are taking place in order to control the spread of the virus and the colorful and vibrant life that represented Berlin, seems to be gone until further notice.

As empty as back during the cold war

Last Friday I walked from my apartment in Tiergarten to Alexanderplatz. It is a 5 km walk that crosses the city center and covers the most popular spots of Berlin. Although I expected to see a couple of curious tourists taking pictures and looking for an open restaurant, I ended up finding nothing more than some people jogging and a lot of pigeons.

I never saw the Brandenburg Gate so quiet during the day. I was shocked to see this for the first time and for a moment I felt like the character of a movie about the end of the world. This is the place that attracts crowds from all nationalities trying to find a spot to take a photo without people. It is not like that anymore.

Just like the Brandenburg Gate self, Berlin’s iconic avenue Unter den Linden was still and empty. Shops and restaurants were closed and even some of the street’s luxury hotels were not open anymore.

Berlin’s city center became a ghost town. Without tourism during the pandemic, there were only one or two places open at Unten den Linden. Other popular districts in Mitte were as deserted as back in the war times.

Temperatures are getting warmer and experts are afraid that this would influence Berliners gathering outside. Most Berliners used to spend the spring and summer days doing picnics at the parks or drinking with friends along the river.

While walking around the center of Berlin, I spotted many construction pits open. Some museums or buildings officially closed are making the most of this time by remodeling their structures before everything goes back to normal.

The Heiligegeistgasse was one of the few spots in Berlin that never closed during daytime. This was the place to get an ice cream or grab a quick bite while walking around the city center. Now it looks like an abandoned area.

With Berlin in complete stillstand, many find this a perfect time for a walk alone, stop once in a while and listen. This is a moment that hopefully never repeats again and an opportunity to feel the city like never before.

As a photographer living in the city center of Berlin, I have seen the city at night or early in the mornings in complete stillstand before. However, I never seen such a quietness in the middle of the day on a normal Friday.

The Hackescher Hof are eight interconnected courtyards full of restaurants, ateliers and shops of all kind. Inside this complex, the hidden courtyard of Haus Schwarzenberg developed into a space for grafitti and freedom. It is the most popular spot in this area and a place I wanted to photograph completely empty and during the day.

We don’t know how long it will take until the crowds and noises of Europe’s largest metropolis come back to life. Until then, it is nice to marvel how time stopped in these cities and see the stillness of a deserted capital.

Read more: How the coronavirus can change the future of tourism 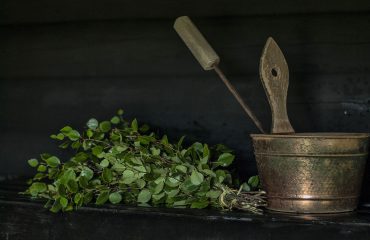 Why do Finns love sauna so much?