A girls guide to traveling the world: 7 Handy tips for looking after yourself as a girl traveling alone 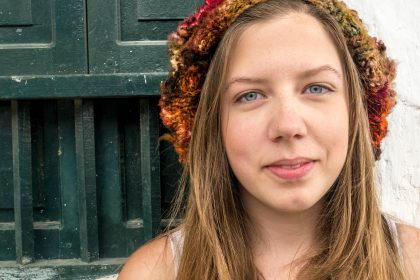 when  I was in Rio, I stupidly didn’t bring my map because ‘’it was all in my head’’ and ended up in a rather dangerous part of the town. I was stopped by a licensed taxi driver and told to turn around, he luckily gave me a free lift back to my hostel so I could pick up my map and … change my trousers…

Now ladies I must make it clear: the idea of this entry is not to scare you stiff of stepping into the big wide world nor is it to patronise or degrade woman kind. But I think it’s safe to say that different rules apply to female solo travellers. So here are some things I consider important as a well travelled solo woman.

Organize your trip as well as possible not only your journey but your plans for each day too. Knowing where you need to go and when stops you wondering the streets aimlessly and sticking out like a sore thumb. A fellow solo traveller told me ‘never look lost ’ I always try to remember that. I tend to make a list of my daily plans including locations, times, how to get there, price and what I’m going to take/need. I also make sure to research places well and to make sure I am aware of details such as how to get from to one city to another and having all the necessary documentation accessible.

Another tip someone gave me was to even organise your luggage in a sensible way to have access to your things quickly but also keep them hidden. For example your purse is always in and out of your bag, so I have it in the part of my rucksack that is resting against my back, accessible but hidden. This stops you rummaging through your things in public places and stops you losing things or again becoming easy pickings.

Now, as a female solo traveller it’s inevitable you will attract the male of our species’ attention and I am sure we all know what to do here girls. If your answer is ‘kick them in the balls and run away’ I ask you to reign that in a little and take some advice I learned from Louise Wates who wrote ‘’A Girls’ Guide to India – A Survivor’s Handbook.’’

She mentions a few tricks of how to keep the guys at bay especially in countries like South East / Central Asia. One of these ways is to wear ‘a wedding ring’ and politely decline any proposals with ‘I’m sorry, my husband is waiting for me.’

Similarly, I was in Lisbon sitting on a bench and a German guy approached me. He was extremely friendly but I felt a little threatened by him and he wouldn’t leave me alone. In this case I told him I was leaving that afternoon as I was waiting for my boyfriend to finish his meeting in one of the buildings opposite. I was polite and he got the hint.

Having a story like that is a great backup and effective if you feel that you need to escape a situation that you don’t feel comfortable in.

Now, not all men are monsters and it could be possible that you meet someone you have a connection with, he invites you to go with him somewhere and you want to.. Why not? In these cases this is something you have to trust your instincts with. My advise would be to let someone know where you are going, and as much as possible stay in places where there are a lot of people.

I think this goes without saying but doing your research about the culture, people and places will not only give you an idea of the places to see but also prepare you for what to expect, dos and don’ts as well as useful advice from other travellers about things like dangerous spots and safe places to go. A friend of mine recently moved to Moscow where chivalry is still valued. Men are expected to hold doors and stand up for women on public transport. She wasn’t expecting this and when she held the door open for a man he was very abusive towards her saying that she was ‘belittling his manhood…’’

I usually use Culture Crossing. A website that gives you accessible cultural dos and don’ts for all over the world, from Taboos and Law and Order to Business dress and gift giving. You can even add your own!

If you don’t feel safe or comfortable in a situation or place, with a person or group then go with your gut instinct. This will allow you to make a contemplated decision to remove yourself from a situation. I would also advise any female traveller not to be too quick to trust someone. Don’t feel like you have to be wary of everyone and everything in a new place, just remember where you are and think twice before accepting a proposal from a stranger.

Also by reading up on the culture and knowing your surroundings as mentioned previously you should be well advised on which places to avoid which could result in trouble. I remember one time I was in Rio, I stupidly didn’t bring my map because ‘’it was all in my head’’ and ended up in a rather dangerous part of the town. I was stopped by a licensed taxi driver and told to turn around, he luckily gave me a free lift back to my hostel so I could pick up my map and … change my trousers…

Have a Plan B

Make sure if things don’t go how you planned, which can often happen off the beaten track, that you have other options to avoid making hasty decisions that could result in a sticky situation. By plan B this could mean access to another source of money or another place to stay or visit. In the Philippines this happened to me more than once due to poor planning and I ended up in a part of Cebu where there were no tourists. I felt super unsafe and it also resulted to me spending more money than expected.

Some more tips include;

Keep your loved ones informed

Thanks to the success of a little thing called the internet, it has become much easier to contact loved ones in a variety of ways all over the world. On my past travel experiences I have made sure to contact someone to let them know my plans. I, at the very least, check in on Facebook to let social media know my whereabouts, extremely useful if something large scale happens. Or at the very most I have given the hotel contact details to my nearest and dearest to put minds at rest. Before you ask yes, yes I received an embarrassing call at 2am from my mum who has been worried sick, only to realise I haven’t replied cos its night time, bless her.

If your bag is anything like a magic hat then you may want to rethink a few things. Not only will travelling light minimise losing your things but it means when you are walking from one place to another a smaller bag looks less inviting.  The first time I went travelling solo I lost 2 phone chargers, a hoody, a selfie stick, 2 pairs of flip flops a hat and nearly my phone (luckily the cleaner at the hostel reminded me to pick it up.)

This is what I take and leave at home:

So, that’s that now get out there and enjoy the freedom and independence of travelling the world, confident in the fact you can travel safe with some hand tips under your belt! Maria Enawd is an avid traveller, teacher and writer born in the UK and living in Madrid, Spain, who travelled across Europe and South East Asia as a solo traveller.

I do interrail alone in Europe – and I love it 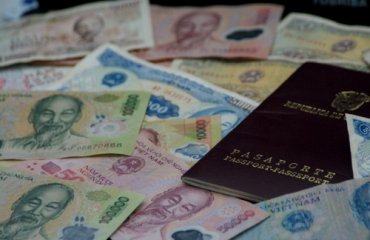 10 ways to save money for your travels 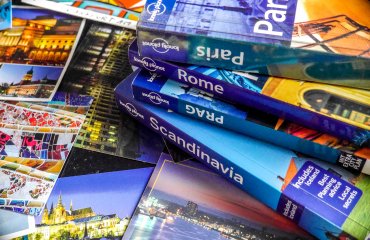 48 tips you need to know for backpacking around Europe