Is the Lost City trek in Colombia worth it? 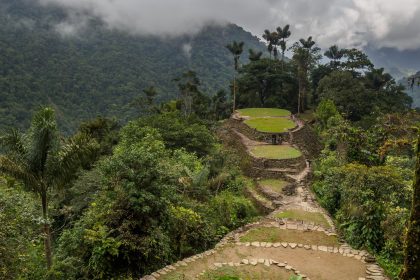 Deep in Colombia’s Sierra Nevada mountains you’ll find Ciudad Perdida. More commonly known as The Lost City, it’s a site which takes five days to trek to from the coastal town of Santa Marta. A trek many would call “one of the best trekkings worldwide”

Increasing numbers have been trekking the Lost City in Colombia since it started being called the new Machu Picchu. But should you join them?

It’s a tough but rewarding journey. After all, like all great treks, it’s not just about the end destination. The entire trip has a lot to offer and you’ll be in awe of your surroundings from start to finish. It’s definitely something to add to your bucket list.

Here are five further reasons to consider trekking the Lost City in Colombia:

As it was only discovered in the 1970s, having people trek through the jungle is still strange for some locals. As one told the Guardian: “For us it was never lost. We like the tourists coming if they want to understand our culture.” Responsible travel is, of course, of utmost importance. Locals are happy for visitors to come, but would like them to treat their surroundings with respect. The one thing you should understand about their culture is that the earth must be kept in balance. Locals here respect nature, and don’t kill the wonderful creatures around them as early explorers did. On your journey, you can take in the beauty of your surroundings, but the idea is to leave the area as you found it.

While trekking the Lost City, you’ll probably be accompanied by a guide. Listen to what they tell you. It’s worth choosing an indigenous guide, as this also contributes money to their communities. They’ll be able to tell you stories and give you an in-depth insight into how locals live, as well as the history of the amazing end site itself.

The best things are worth working for. That’s the case with Colombia’s Lost City trek. It’s a tough jungle trek – not for the faint hearted. Although most treks are a physical challenge, the hot conditions in Colombia make this one all the trickier. Although there are clear paths and no need to climb or scramble, it’s still a big achievement. The Independent’s travel reporter felt like “a wrung-out teabag” within an hour of hauling herself up a 600m hill in 90% humidity – and the entire trip takes four or five days. You quickly learn a thing or two about what you can achieve in such a hot, sweaty and challenging environment. It’s something you can be proud of yourself for.

If you’ve already been to Machu Picchu in Peru and wished you’d got there before all the tourists discovered it, then The Secret Traveller says you better get to The Lost City trek as soon as possible. It remains largely undiscovered by the tourist hordes, despite its stunning location high in the hills. It’s a journey you’ll never forget.

Having less tourists means trekking groups tend to be smaller and you’ll get a more personalised experience as you get to know your guide. It’s also nice to soak in the atmosphere whilst it’s peaceful. At the end point – The Lost City ruins – you’re also more likely to capture that all-important picture without crowds of people blocking the amazing view. You’ll look back at your photos from travelling experiences for years to come – it’s nice to have a memory you can look back on fondly.

4. You can explore the rest of Colombia

The Lost City isn’t Colombia’s only highlight, nor is it the only inspiration site in the country. Once you’ve made the journey, it’s worth staying for longer to explore. The country manages to balance off-the-beaten-track travel with decent tourism infrastructure. What this means for you is that it’s convenient, yet still exciting and diverse.

Visit one of the many red rivers, enjoy the largest hammock in the world, taste amazing coffee or soak up the sun on a beautiful beach – you might need to after trekking the Lost City. You’ll be able to find an activity which suits your tastes in Colombia, but the attraction of the unspoiled Caribbean coast is hard to beat as a retreat after your inspirational journey.

It’s hard not to be impressed with what has been achieved here. After all, The Lost City was built by the Tairona people in around 800AD – meaning it predates Machu Picchu by around 650 years. . The Culture Trip explains, “the ruins consist of an impressive 169 terraces which are carved into the mountain”. You can also walk along a series of tiled roads and small plazas. On a guided trek, you’ll get plenty of time to explore the whole site and soak in the atmosphere. When you think about the jungle location and tools (or lack of) that would have been available, it’s an amazing feat. You’ll be in awe, especially after you’ve managed to climb up the final 1,200 stone steps at the end of your journey.

As Ciudad Perdida is quickly becoming an iconic trekking opportunity in South America, these reasons should convince you to take on the inspirational journey yourself in the near future. You won’t regret it.

Breaking cities: How much costs a day in Istanbul 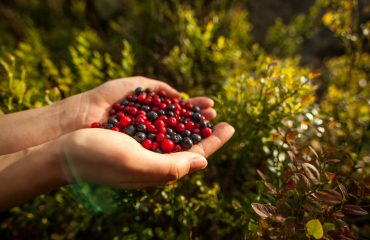 Finland: How Kuopio is transforming itself into a food capital 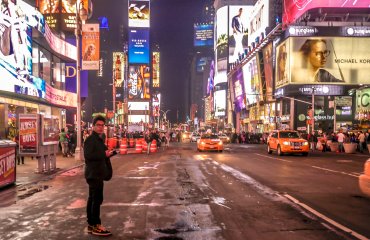 7 ways to save money while traveling in the United States