Low costs airlines are the only ones understanding its customers 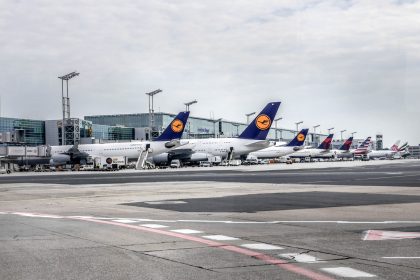 There are two types of people: those who love Ryanair (or low costs airlines) for its prices and those who hate them but still fly with them whenever they can and the reason for that is simple: People want to fly at low costs, no matter what the conditions are like.

Low costs airlines have a bad reputation. Some complain about the connections, others about the seating space and luggage policy and others just simply complain because they want to complain. This year I had around 30 different flights, almost half were on low costs airlines and around 10 of these flights were with Ryanair. Each of these flights was for a completely different occasion and to a completely different kind of destination. However, one thing always stayed the same: on every flight at least one person was complaining about the airline.

For this article I will focus on Ryanair – An airline loved and hated by many at the same time.

It´s true that Ryanair is not the most comfortable airline on the market and I want to point out that I´m not being sponsored by them, but I just want to defend that airline that, in my opinion, is the only one and understanding its customers.

Let´s start by pointing out that Ryanair is not a student airline anymore. I remember how many years ago its planes were filled with backpackers and young couples who just wanted to travel the world on a budget. However, those years are over. Ryanair tickets are now bought by families, middle aged people and business men. Yes, I said business men!

Take a flight from Berlin to London on a Wednesday morning. Three out of four airlines with a direct connection are so called “low costs airlines” and from the 4 flights which land in London before 8:30 am, British Airways is the only one with a price about 5 or 6 times as expensive as Ryanair. Situations like these make budget airlines more attractive to entrepreneurs, business owners or small companies who are trying to compete internationally. Low costs airlines are now an airline for everyone, which just happen to have a bad reputation in the past.

Two of the most frequent subjects of complaints about Ryanair are its baggage policy and its seating space. However, as I pointed out in my first paragraph, some customers only want to complain. Seatguru.com has statistics of every single airline on the market and provides basic information regarding seat width and pitch for every airline. Curiously with a seat pitch of 30” Ryanair is ranking very well  in comparison with  Austrian, American Airlines or Air Italia.

Baggage policy is the other thing customers can´t really complain about. Ryanair has one of the most flexible policies for hand luggage on the market, which includes two pieces of luggage with very good sizes. As someone who regularly flies Ryanair with a drone, a laptop and 2 more cameras and has had no problem with the airline policy, I definitely can´t understand when someone complains about the baggage policy. 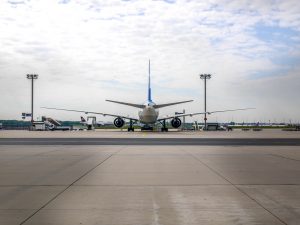 low budget airlines are dominating the market in Europe

One of the ghosts that has followed Ryanair over the pasts years is how far their destinations are from important cities. I guess I have to agree to some degree, since at some point I also had to find out that Frankfurt Hahn is actually not that close to Frankfurt, but I want to point out that this has changed a lot in the past years. The budget airline is starting to gain territory in major airports and now Ryanair flies to Frankfurt International, Barcelona El Prat and Madrid Barajas.

Ryanair is also taking the market apart when it comes to destinations. It is one of the few airlines you can find in almost every country in Europe and with connections all day long between European cities Ryanair has become my favorite airline for visiting remote destinations like Eilat, Nis or Alicante on a budget.

The only airline listening to its customers

Let´s be honest, if there was an airline taking us from NYC to Singapore for less than 100$, but without free baggage, food or seat selection, you would still be booking right now and that airplane would be full. Ryanair understood that idea very well by relaxing in some policies like hand luggage allowance and check in luggage prices. I know it also included some weird policies like the random seat selection, or the hand luggage in the lower compartment of the plane. These preferences are allowing passengers to fly cheaper, more comfortable and be able to select short upgrades based on their budget and what they are looking for.

During Summer I had a flight from Berlin to Barcelona where I paid for all the possible upgrades Ryanair had to offer – and the price was still below that for a flight with Lufthansa plus I got a way better service than with many other European airlines on the market.

Ryanair was also one of the few airlines who offered discount tickets during the black week in November and it is the only European airline which offers discounts and benefits to Erasmus students.

I know it sounds like a lot of advertising for a budget airline, but I just want to point out that this idea of low costs airlines are only a name with a bad reputation. Ryanair can be as good as Swiss, British Airways or Iberia, the only difference between them right now is that Ryanair is the only one dominating the market in Europe.

In 2014 I did 30 flights with less than 100$. If you want to learn more about how I found these tickets check out my article: 10 ways to find the cheapest flight ticket 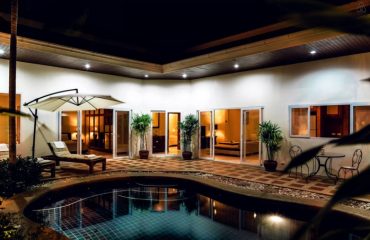 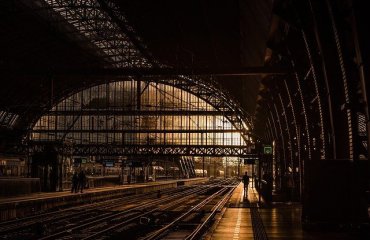 Which are longest and most iconic train journeys in the world