I could enter Petra without paying entrance fee 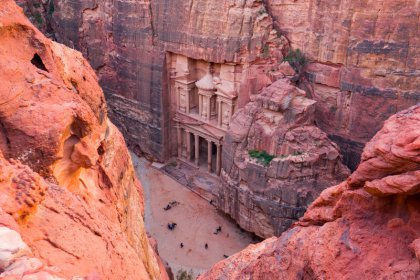 We didn’t walk those four hours up to the Monastery and could enter Petra without paying entrance fee. Curiously, some locals were the ones taking us there. This was Petra’s back entrance

When I read in an article the entrance fee in Petra is more expensive than Disneyworld, I wasn´t surprised at all. I mean, Petra is one of the Seven Wonders and the main reason for most visitors to visit the country. There is a photo of the Sig or the Treasury in almost every hall at the airport in Amman and you simply can´t leave Jordan without visiting this place.

However, after hearing some stories of local Bedouin communities how Petra is turning into a new Disneyland, I was wondering how fair is that for the many people who used to live there.

An extremely large price gap between locals and visitors

Jordan can be a very cheap country to travel (unless you are a foreigner). While locals have access to most heritage sites and tourists attractions for free (or almost free), visitors have to pay exorbitant prices for everything. So far, everything seems fine – this is how tourism works. However, with tourists paying 20-30 times more than the usual prices, there seems to be something a little bit off. Regular tourists attractions are not the only ones playing that game. Restaurants near hotspots cost way more than in many European cities with prices going up to 20 EUR for a pizza next to Petra’s entrance.

The biggest difference between prices for foreigners and locals is by far Petra Heritage Site. While locals would pay for Petra ‘s entrance fee not more than 1 JD (1,2 EUR), foreigners are taking the big hit with entrance fees of 50 JD (63 EUR) for a single day pass or even 90 JD (115 EUR) if you are staying for only one day.

Still, Petra should be on everyone’s bucket list and if the money is going to support local communities, then why not pay this amount.

Since everything around Petra was overly expensive, some friends and I decided to use Couchsurfing during our stay and get more a local perspective of Petra while we are saving some money.

Read more: Tips for renting a car in Oman

Can you enter Petra without paying its entrance fee?

While informing myself about Petra, its historical importance and its entrance fee, I read in several online travel chats rumors that some travelers had managed to enter Petra without paying that overly expensive fee and using “Petra’s back entrance”. Although I was not very interested in taking money from the heritage site, I was curious to learn more about this back entrance and avoid tourist masses.

As almost everyone in the Bedouin community, our host Rayan, welcomed us in his home with open arms and offered us some tea and food.While sipping on a hot sweet Jordanian tea, Rayan told us about himself, asked us about our plans and helped us discuss what should we do in Petra to make the most of our time.

After talking for one hour and discussing the idea that if we purchase a day ticket, we would have to hike all the way up to the Monastery and back if we want to see it all, I dared to ask the important question: “Is it possible to enter Petra without paying a fee?”. With a laugh in his face, he asked us where we heard about this.

With a smile, I simply replied “It´s just a rumor I want to confirm”.

Without confirming or denying the question I asked, he offered us a different and new choice to make the best of our day. He said we would have to pay him the gasoline costs and we DO have to purchase a ticket.

Rayan told us about Petra’s back entrance, which is usually the place where the local Bedouins use to access the heritage site and avoid the long walking distances inside Petra. He told us there was not a ticket control and we could have avoid paying the entrance fee of Petra. At the same time, he also said he won’t take us there, if we don’t purchase our own ticket.

The next morning after purchasing the 50 JD (63 EUR) ticket at the main entrance right after it opened, he and a friend drove us to the backside of Petra and left us one or two kilometers away from the Monastery.

From there we had to hike up 30 minutes, reach the monastery in the early morning and avoid the 4-hour hike upwards from the main entrance – this would leave us only with a smooth and calm walk downhill to see the other main attractions of the archeological site for the rest of the day.

This option was way better than anything we had read and heard before. We would not only skip the whole hike up, but we would get the chance to arrive at the Monastery so early, that we would be the only visitors for at least a couple of hours.

Read more: Road trip in Oman – The most beautiful country in the Arabic Peninsula

Not everyone is happy on how Petra is managed

Petra was the capital of the Nabatean kingdom since the 4th Century BC. For more than 2000 years it has been the home for Nabateans, a group of nomadic Bedouins in the Arabic peninsula. With only a few places in the world with such an important history, Petra was established as UNESCO World heritage in 1985 and one of the Seven Wonders in 2007.

Things didn´t go as smooth for the Bedouin community living in that area, as they were forcibly resettled by the government with the promise that they would also benefit from the tourism coming to the site.

Most Bedouin communities went to Uum Sayhoun, a small town just some kilometers away from Petra and hometown of Rayan.

Amazed by the fact that visitors can indeed see Petra´s main attraction without paying, I wondered how “legal” the trek was that we had taken. We spent the whole day in Petra with an unstamped ticket and in order to see “Petra at Night” anyways, we decided to overstay after closing hours at the viewpoint of the Treasury.

Worried that someone might say something, we asked one of the Bedouins up there, if it was ok for us to stay. He simply looked at us and offered us some tea inviting us to simply stay longer. “Bedouins don´t get much from all the money that comes to Petra”, said the Bedouin after we told him about our situation with the ticket. “For us it’s fine if someone manages to enter for free”.

Surprised by this answer, I wasn´t sure what to reply. It´s true that Petra gets a lot of money from tourism, but implying that this money doesn´t go back to the community they expelled years ago was a very big statement.

What happened with the Bedouins in Petra?

On the way out, I saw lots of Bedouins living in caves, very rustic houses or some even in their own souvenir tents. Uum Sayhoun looks like the kind of village that doesn´t have much money and with Petra suffering from incorrect restoration which, in combination with mass tourism, might make some of the structures collapse in the future, I wondered if what the Bedouin had told me was true.

After doing some reserach, I found out that the back entrance to Petra is called the Wadi Turkmaniyeh pedestrian route and it´s mostly used by Bedouins who work on the site and want to get there faster from Uum Sayhoun.

At the end of the day we did pay the entrance fee for Petra. It is very beautiful, but unfortunately a little bit overpriced. At the same time, we saw Petra by Night from the viewing platform to the Treasure – A way better viewpoint and without an extra cost. Petra by Night is, in my opinion, not worth the extra money.

If you are visiting Petra, better save the money you spend on Petra by Night and support one of the families living there by booking “dinner at Petra”, an event which local families invite visitors for cooking and teach them about the local customs and their culture.

Thousands of visitors pay the entrance fee to visit Petra every day and I can fully understand by. The archeological site is a must-see and in several moments, I felt like Indiana Jones discovering a new temple in the middle of nowhere. Here I´m just talking about that alternative that everybody seems to know, but nobody wants to tell you about.

Tips for traveling in Petra 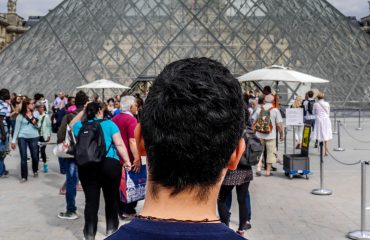 Breaking cities: How much costs a day in Paris 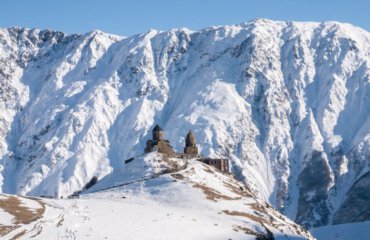 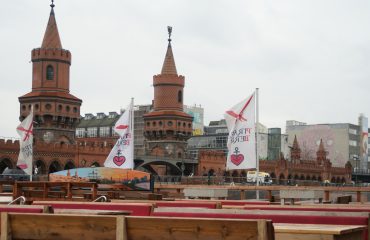