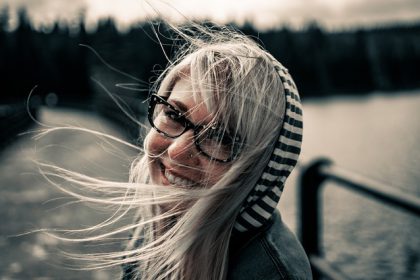 With high antidepressant drug consumption and suicide rates, is Finland really the happiest country in the world. I checked into detail and found out why

Finland has been selected as the happiest country in the world for a second time in a row by the World Happiness Report. However, not even some of their own citizens think it’s a well-deserved spot. How accurate is this report and what does it tell us about society?

The World Happiness Report came out last week and Finland was selected again as the happiest country in the world. The “land of the thousand lakes” is not the only northern European country in the top of the ranking: Denmark, Norway, Iceland, and the Netherlands are holding the next top positions. It´s true that Finnish have an excellent quality of life, high income and their country has some of the most beautiful landscapes in the world. Still, when it comes to the feeling of happiness, is it really the happiest country on Earth?

Read more: Why do Finnish love sauna so much?

How accurate can we measure happiness?

What does happiness mean and how well can we measure it are two very complicated questions. In his book, Debating Nigeria, Jideofor Adibe asked, “is happiness dependent on societal structures or is an individual choice that is independent of the society?” Many consider happiness a very individual and sporadic feeling. However, higher salaries, more government support and better social programs create a satisfaction in its citizens and of course a better general sense of happiness.

The report has also a very strong bias towards happiness and its relation to society as categories like income, social support, and trust make most part of the survey. These categories describe very well the sense of satisfaction but somehow, they misrepresent the feeling of happiness. By pointing out that happiness is directly connected to income and social support, the report implicitly states that African and South American citizens could be unhappy because their governments´ lack of efficiency and corruption. I find this very difficult to believe. As a Colombian living abroad I´m used to hear the exact opposite from every single visitor who traveled these parts of the world. Most of them think happiness helps its citizens to overcome the social problems they might have, and I believe that too.

Moreover, if I connect unhappiness to depression or suicide rates, how come that seven of the ten happiest countries in the world are also in the top ten of antidepressant drug consumption and have very high suicide rates. Right now, Finland, Norway and Sweden have way bigger social problems fighting back depression and suicide than all Caribbean and South American countries.

Satisfaction is not happiness

“We are quite serious and like to spend time alone”, said a Finnish woman in a documentary for VICE magazine after being asked about Finnish mentality and happiness. During the same documentary, another Finnish citizen couldn´t understand how come that Finland is so happy, but you rarely see someone smile. Of course, happiness should not be measured in the number of smiles, but there should be a line which separates happiness from life satisfaction.

I have been living in Germany for more than ten years and I´m very satisfied with my life here. I have a good income, public transportation is amazing and social support in Germany is among the best in the world. However, I can´t say life in Colombia is less happy or that I can´t be as happy in my home country as in Europe. It´s just not as comfortable as here.

I love Finland, but I hate that rankings try to give us an opinion about something so abstract as happiness.

Maybe happiness can’t be measured and there shouldn’t be reports telling us who the happiest country in the world is. This is one of the most personal and beautiful feelings in the world and as Leon Tolstoi said, “If you want to be happy, be”.

Read more: How to plan the perfect road trip around Lake Saimaa

Which are longest and most iconic train journeys in the world 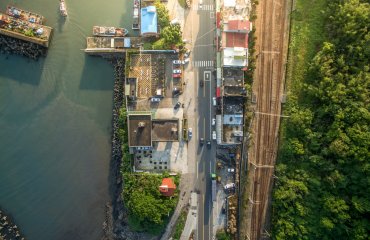 11 photos of Taiwan from a bird´s eye