The Thai Park: Thailand’s most delicious contribution in Berlin

Dozens of women cooking under colorful umbrellas while sitting on little plastic chairs, the smell of garlic in the air and signs offering Thailand´s most delicious street food bites. This is not a market in Bangkok or Chiang Mai, this is the Thai Park, a public park in west Berlin.

Berlin is known as one of the best cities to find food from all over the world. While living in this city, I have seen and tried food from all different continents. However, nothing compares to the meals you can find at the Preußenpark in the district of Wilmersdorf, commonly known as the Thai Park Berlin.

Here, Berlin´s Thai community have been congregating for more than 20 years. At the same time, hundreds of visitors come every weekend to relax on its fields, see Thais preparing delicious meals with the freshest ingredients and experience the uniqueness of Thai cuisine.

Read more: Why Germans drink so much sparkling water?

A culinary journey from Thailand for Berlin

It was Sunday afternoon in the Thai Park in Berlin and the atmosphere was incredible. People gathered with their friends and family, sat on blankets and enjoyed the sunny weather in the city. Although it was only mid-April, it felt like Summer in Berlin. On the opposite side of the park, the scene was rather hectic. Here, Thai women tried to sell some of the most known Thai dishes: Pad Thai, Tom Kha Gai and Sticky Mango Rice were of course in the menu.

Still, Summer weekends are the best for enjoying the Thai Park in Berlin. The temperature here rises to 35°C, Berliners tend to be more relaxed and the feeling at the Thai Park totally transports you to some market in South East Asia.

Finding the right place to eat at the Thai Park Berlin was not an easy task. Every stall prepared something different and with all kinds of salty, sweet, sour, and spicy options just around the corner, the best option for me was to take three or four friends and share each time a different type of dish.

Read more: Eating in Athens – is there anything Feta than that?

Insider Tip: Some stalls prepare the meal in front of you. These stalls tend to be crowded, but at the same time, these are known to be the best ones.  They use the freshest ingredients from the market and it is like having a personal Thai chef cooking for you.

In my opinion, the best Thai food in Europe is located at the Thai Park. Here, the perfect mix of sweet, sour and spicy in a single dish is not anymore a delicacy you would only find 10.000 km away from Germany.

“I´ve never seen something like this in a European country”, said one visitor from England. The Thai Park is the largest street food open air market in the city and it is open almost all year long. Although it became over the years big part of Berlin´s culture, it has also attracted some bad attention from the media.

During warm days, the park attracts way too many visitors. Sometimes it´s even impossible to find a place to seat. At the same time, vendors in the Thai Park are not regulated, food quality controls are not done and since it is a public park, vendors are not required to clean up the mess that many others leave.

The Thai Park is nowadays part of Berlin´s culinary heritage. It is a symbol of the multiculturalism in the city and I can´t imagine someone who thinks this place deserves to be shut down. However, with German bureaucracy as the first barrier, the stalls in the park need to start finding a quick and long-term solution to get regulated. Meanwhile, you already know where to find the best Asian food in Berlin.

Read more: How Tokyo changed the way I see food 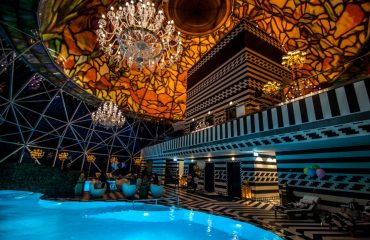 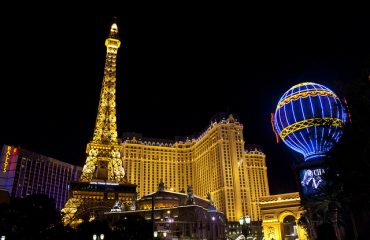