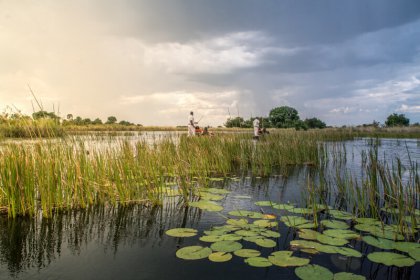 Known as the biggest oasis on planet earth, the Okavango Delta in Botswana is one of the most delightful safari experiences in the world.

Simple nights can turn into unbelievable experiences in the heart of Okavango Delta. It was 11 pm and I was already in bed. Like most of the guests staying at a tent camp inside the delta, I had to wake up very early and get ready for a morning safari. However, that quiet night turned into something I will never forget. What I first though as little animals crawling around the dry grass next to my tent turned out to be a wild lion crushing the bones of a prey.

A deep breath from time to time and bones breaking into pieces were the only sounds of the night. I didn’t know how to react or what to do. I just avoided overthinking the situation, stayed quiet and tried to get back to sleep. After all, I was not in danger at all. I knew lions rarely attack people and would never consider getting inside to a tent. Still, my heart was beating like never before, as my first night in the Okavango was a combination of astonishment and fear – a real welcome to the wilderness of Africa.

One of the Seven Natural Wonders of Africa

It is difficult to imagine such a unique encounter right next to the place I was sleeping. No matter which part of the Okavango you decide to visit, expect the unexpected. This is the home for one of the largest amounts of wildlife in Africa and one of the most unique ecosystems of our planet. At the Okavango Delta humans are the ones who have to adapt to the nature surrounding the camps.

Furthermore, the Okavango area changes constantly depending on the season. Due to the rainfall coming from the Angola highlands, each year about 11,000 billion liters of water flow into the delta. This natural phenomenon changes completely the whole landscape of the region and converts the Okavango into the largest inland delta in the world. It is so big, that its green long waterways surrounded by the monochromatic colors of the Kalahari Desert are visible from space.

The delta brings each year over 200.000 large mammals at its peak season and during transition periods it becomes one of the largest migration zones for wildlife in the world. It was also selected one of the Seven Natural Wonders of Africa in 2013 and one year after that it got inscribed on the UNESCO World Heritage List.

Which is the best season to visit the Okavango Delta?

Each month at the Okavango Delta is completely different. Whether you are looking to see daily dramas of wildebeests and impalas running away from lions at dry savannas to cheetahs hunting over shallow lakes formed by the floodwaters, the delta has an irreplaceable safari experience for everyone.

I visited the delta by the end of November during the end of the dry season. It was supposed to be a transition point in which the waters coming from Angola begin to flow. However, the effects of climate change were visible. While just a few areas were completely green and perfect for birdwatching and spotting wildlife surrounded by water, most parts of the delta were absolutely dry.

Dry season feels dead and isolated. However, many consider it perfect for game driving. We were able to move around very easily and drive around the area as free as we wanted. Spotting the big five – which is something people dream on a whole safari tour – was basically something we did on a daily basis. Visiting the Okavango Delta and not seeing an elephant is basically impossible, no matter when you go. And although I didn’t get my dream fantasy of catching a sight of a cheetah running at high speed over shallow water, I encountered at a very close distance leopards, herds of elephants and lions.

Moreover, Botswana has some of the most protective laws towards wildlife and poaching inside the natural reserves is almost zero – something most travelers really appreciate when it comes to searching for a safari destination to visit.

The Okavango Delta is the perfect example of how wild savannas must be and how the relation between visitors and the environment should stay. The vast area of 15,000 km2 is basically undeveloped for mass tourism and when visitors get a closer encounter to big mammals, they are basically the only people around the area. In almost each game drive I had, our group was the only one around the savanna and we never found more than two vehicles stopping at the same location to try to get closer to an animal.

This is called the low volume/high value strategy and it consists in attracting only a very specific type of tourism that is willing to pay a high value for the experience. Tours to stay at the Okavango range from anything between 2.000-10.000 USD and although it is an extremely large amount of money for a 7-day tour, its cost makes sure that the environment stays as wild as possible.

Read more: Meeting The San Bushmen In Botswana And The Ethics Of Doing Ethnic Tourism

Not only that, the Botswana government issues a certain amount of private concession. With these, private companies can build a tented camp inside the game reserves and make sure that the protection of wildlife comes as first priority while the environmental footprint of visitors gets reduced to zero.

Some of these camps have zero-emission and even invest part of their revenue in protecting the environment around them. They understand that more restrictive protection laws and a bigger investment in the environment means wildlife coming naturally to the area and a more remarkable experience for the visitor.

Read more: Exploring The Makgadikgadi Pans In Botswana – A Different Type Of Safari

A delicate oasis that is under threat

“Although the Okavango is one of the most pristine places on earth, we still have some issues when it comes to a long-term protection”, said Skippa Mareya, manager of the &Beyond Nxabega Tented Camp – one of the most luxurious tented camps at a private concession.

While tourism is not a treat at all to the Okavango Delta, this fragile ecosystem is in danger due to human behavior. Climate change is bringing a big and irreversible damage on the delta.

In addition, politics with Namibia and Angola are becoming each year a bigger threat to the Okavango Delta. On one side, Angola is developing through substantial oil revenue methods to extract the water to the river and avoid its natural flow to Botswana. On the other side, Namibia through which the Okavango River flows is also considering extracting water upstream of the Delta to use for power generation, agriculture and to supply their capital.

Botswana is trying to negotiate these issues by itself and avoid this environmental crisis. However, losing the majesty and uniqueness of the Okavango Delta is not only a loss for Botswana, but also for humanity. Even though many see that the future of the Okavango Delta will depend on the negotiations between these three countries, the international recognition of this region and the environmental footprint we leave on the environment only depends on us.

Read more: How to improve your aerial photography 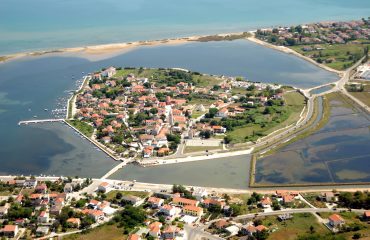 Can you visit Moscow on a budget 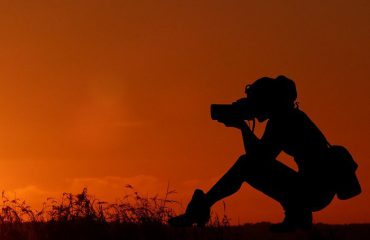