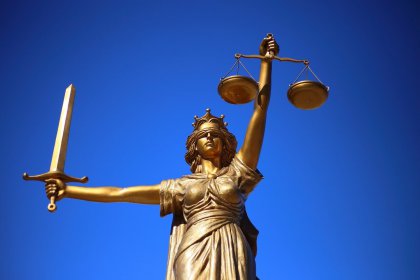 Singapore is known for having some of the weirdest and most restrictive laws in the world. Let me tell you about 10 crazy rules in Singapore

I had the chance to live and go to university in Singapore. It was a place that fascinated me from the first time I arrived. Singapore is clean, organized and simply can be considered the city of the future. However, organization comes with some rules and Singapore has some of the most bizarre and crazy laws.

It’s true that Singapore needs this heavy regulation system to survive. Singapore relies heavily in foreign investment and most of the laws the country has are there to keep the excellent and high standards the city is known for.

Still, sometimes it can be a little bit too much. I decided to check out which laws still take place in this country and write 10 crazy laws in Singapore.

1. Walking around naked in your own home

Singapore punishes any kind of pornographic/nude content and by “any kind of content”, I also mean the insane of the term “nudity.

Believe it or not, but walking around your own apartment naked is considered by law pornographic and it’s punishable. Not only that, the fine for it can go up to spending 3 months in jail.

This does not imply that you can’t get naked at all in your apartment, but simply that you have to be extremely careful in getting caught. If you walk out of the shower naked and any neighbor had the chance to see you, he can easily report you to the police.

Punishment for getting naked in your own home in Singapore is up to 2000 SGD or a maximum of three months in jail.

Bungee jumping was on a grey area when it comes to Singapore law. Although doing the activity of bungee jumping per se is not illegal. Any activities in which someone jumps in public from a high elevation are completely forbidden.

Even when an adventure company tried to create the first bungee jumping in Singapore back in 1993, the government rejected the petition invoking exactly that Amendment I mentioned before.

But don’t worry. In 2013 Singapore allowed the construction of a reverse bungee jumping. For this activity, riders of this popular Clarke Quay attraction will get catapulted into the air instead of jumping from a very high altitude.

3. It is illegal to pee in an elevator.

Although public urination is usually a soft crime in most countries, large cities like New York, Berlin or London are unfortunately dealing with this kind of problem. Specially on weekend nights.

However, Singapore took it an step further and decided to be more precise about which spot is definitely not allowed to take a pee.

If you get caught taking a pee on an elevator in Singapore, you will get a fine of 400 SGD send to your home.

4. The sale of gum is prohibited

Singapore prohibited the sale of gum after authorities noticed a prolific amount of chewed gum being stuck in subway stations and on cars.

This is definitely one of the craziest laws in Singapore and one that has made it into popular culture. Travelers can even by magnets and tshirts indicating how much you would pay if you decided to chew some gum in public.

For chewing gum in public in Singapore you will get a fine up to 1000 SGD.

5. Failure to flush a public toilet after use

Nobody likes to enter to a toilet and find out that the person before didn’t flush. Most of us would simply change the cabin and leave it until the person cleaning takes care of that.

To avoid that search for a clean toilet when you are in a hurry, the government decided to get involved into that and set up a fine for those who forget to flush the toilet after leaving – quite a nice gesture right?

Apparently, police officers do random checks to make sure public toilets are flushed after use.

The fine for forgetting to flush the toilet after use in Singapore can go up to 600 SGD.

6. It is considered an offense to enter the country with cigarettes

Although is not considered breaking the law, Singapore doesn’t see with good eyes entering the country with them.

Singapore and Singaporeans see smoking as a way to contaminate the city and although bringing cigarettes will not cause you any trouble, your behavior could be considered as an offense by some.

Custom officers do exercise a certain amount of discretion and can tell you that is fine if the cigarettes are simply for your own consumption.

Take into consideration that is not illegal to buy cigarettes inside Singapore or smoke in your own home, but it is illegal to smoke in public and it’s considered an offense to simply enter the country with cigarettes from duty free.

Asian cultures are known for being quite restricted when it comes to personal affection. In Japan is consider an offense to touch other people’s hands and men and women in some Asian cultures would not even hold hands in public – even though they are a couple.

Although public affection is not considered a crime in Singapore – something which unfortunately is in some Arab countries. Hugging without consent is considered a soft crime in this futuristic country.

Getting Wi-Fi from a random hotspot is quite common nowadays. Sometimes your data is over and you need to get online or you simply don’t have a sim card with you.

Singapore takes matters to a new level, as connecting to an unsecured Wi-Fi hotspots is considered hacking – and of course, hacking is a crime.

In 2006 a 17 year old teenager was charged for getting into his neighbor´s wireless internet connection and faced charges punishable by up to three years and a fine under the Computer Misuse Act.

9. Buy/sell or use fireworks

Singapore’s fireworks during New Years Eve, Chinese New Year or Singapore’s National Day are a must. However, getting your own fireworks is punishable.

You are allowed to burn a couple of sparkles during festivals or special holidays. However, forget celebrating the same way people in Europe do it.

Are you introducing a new friend and you spoke well of him? It will be a pity if it proves to be false, then speaking a false statement about a person is considered illegal and you will be convicted.

This is probably the craziest law of all, but at least you can be sure that the person you get recommended is simply trustful.

Singapore is a beautiful country. I enjoy coming back every time I can and beside some jaywalking while being on a hurry or littering banana peels while on a trek, I probably didn’t break any of these crazy Singaporean rules.

I think Singapore is a place to visit and some of these rules are simply non spoken decency issues in other countries.

Which one of these regulations would you like to be applied at your home country? 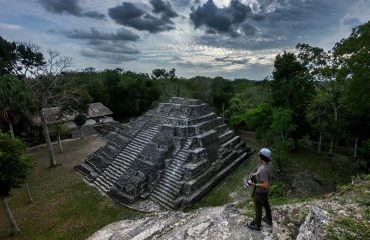 Visiting Yaxha, an alternative to the Mayan City of Tikal 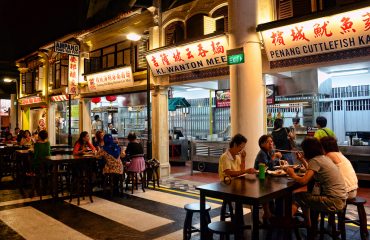 A view inside Kuala Lumpur´s cuisine

Thing to see while driving along the ring road in Iceland